Today
Sunny, with a high near 53. South southwest wind 5 to 10 mph becoming north 11 to 16 mph in the afternoon. Winds could gust as high as 22 mph.
Tonight
Mostly cloudy, with a low around 23. North northeast wind 7 to 13 mph, with gusts as high as 26 mph.
Tuesday
Partly sunny, with a high near 43. North northeast wind 3 to 6 mph.
Weather forecast provided by weather.gov.
Search
Main Navigation 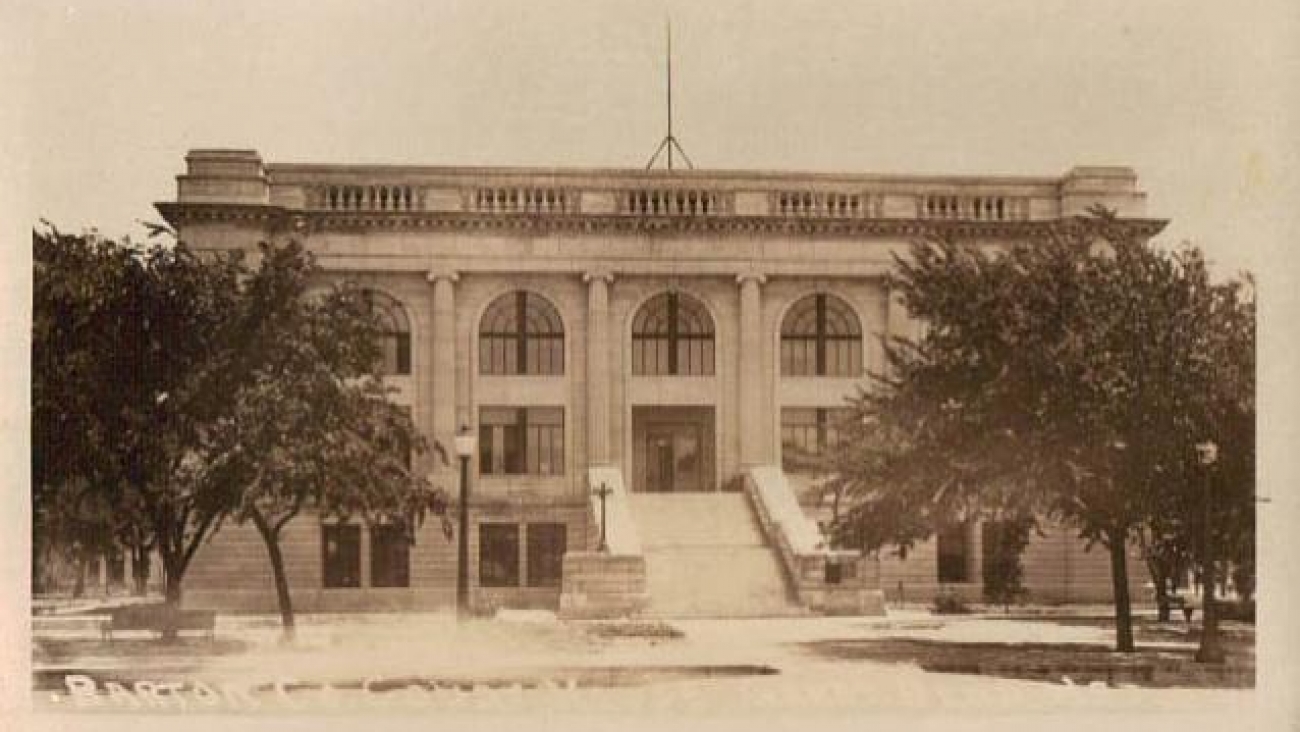 Barton County was established February 26, 1867, and was named for Clara Harlowe Barton.  Barton helped to provide medical supplies to soldiers during the Civil War and founded the American Red Cross in 1881.

The first courthouse was built in 1873. It was made of brick and the corners were made of cut stone. In 1918 a new courthouse was needed. The new classical style building was built of white stone blocks and trimmed marble. The building boasts arched upper windows and six ionic columns on each side of the building.  In 1952 the steps were removed and two ground floor entrances were made.

According to records, the first marriage in the county was performed on November 28, 1872.  The first baby was born October 2, 1871.  The first death occurred in January of 1872. The first court session was held in April of 1873. Built in 1873, School District No. 1 was the first public school in Barton County.